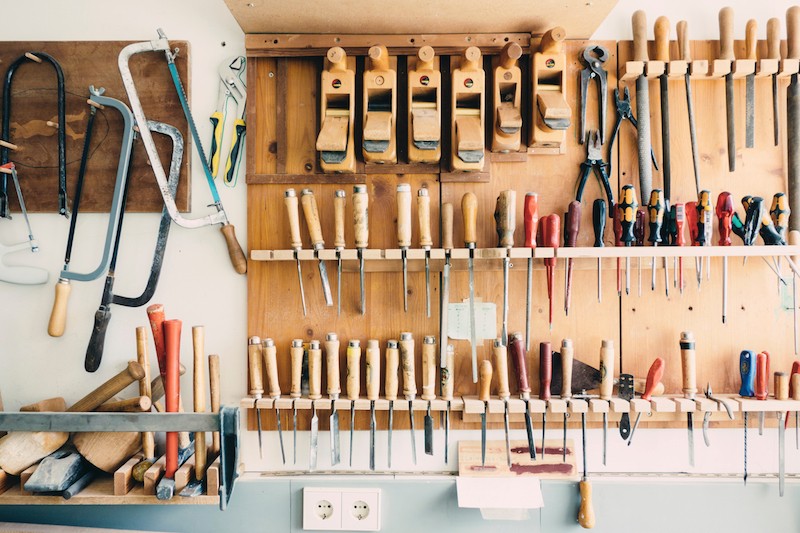 Before you begin building a house, it’s pretty important that you understand all the tools and how they work.

What I just told you is a metaphor for literary analysis.

Before you can try to construct a beautiful paragraph of analysis (which is a complex task that I can’t teach you in just one single post), it’s absolutely essential that you understand literary techniques: how they work, and how to analyse them properly.

Literary techniques are the tools of analysis.

In this lesson, we will learn the most important ‘tools’ that you NEED to know:

Diction means “word choice”: the specific words that a writer deliberately chooses to use in a piece of writing.

The problem is that every word on a page technically counts as diction. We obviously can’t analyse all of them.

The rules of diction

So how can you tell if a word is interesting and therefore worthy of analysis?

Every word has a denotation (i.e., a boring, literal meaning found in the dictionary) and connotations.

A word is interesting if it has interesting connotations. In analysis, we tend to care less about the denotative meaning of word because it’s not interesting.

Take the word “gold” as an example.

Yawn. The
word “gold” obviously means a lot more to us than just its boring denotation.

The word “gold” instantly makes us think of: 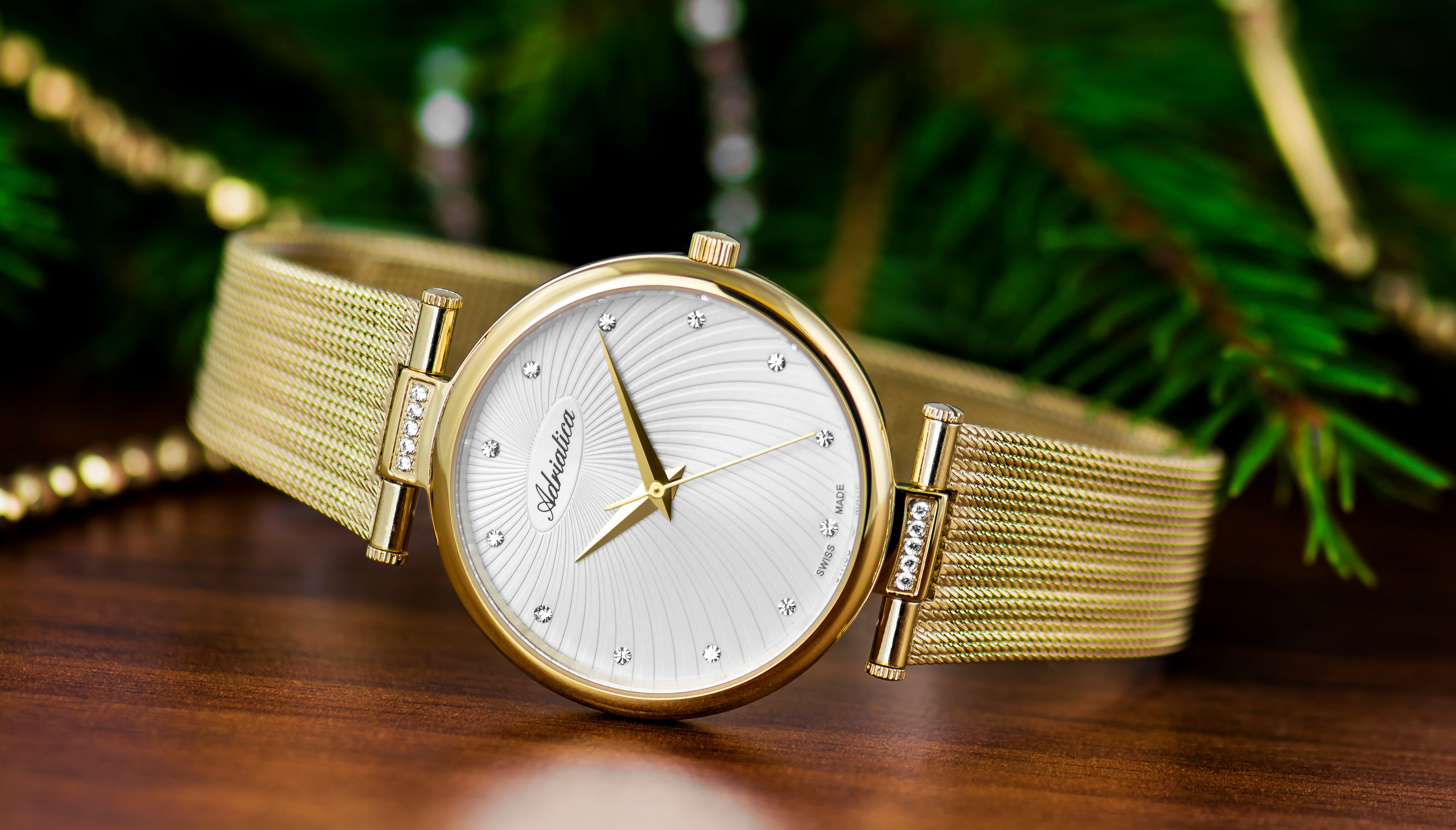 These ideas, feelings, and impressions that we naturally associate with
certain words are called connotations. They are distinct from denotations:
Denotation is what the thing literally means; connotation is what we think and
feel about that thing. Big difference.

Since analysis is about deeper layers of meaning, we care much more about connotations when we analyse diction.

Let’s take a look at the diction in this sentence:

“The town was an infested den of thieves and smugglers.”

What words have interesting connotations?

I think of a gross mental image of disgusting cockroaches and rats crawling around in some old basement or sewer. To me, the diction of “infested” connotes disgust, and the writer probably chose this word precisely because it makes the town seem dirty and disgusting.

“Infested” also connotes a sense of corruption; in this case, it’s not so much the biological disease, which is the literal meaning, but instead the moral corruption of these thieves and smugglers who work in morally-questionable professions.

There’s also another really interesting layer of meaning. We usually associate the diction of “infested” with animals and insects, as opposed to humans. So the writer uses animalistic diction to dehumanise these criminals to the level of animals, making us view them with contempt (remember this word from the tone list?).

By thinking about the connotations, we got some great analysis about amorality, disgust and dehumanisation.

When you use the word “diction”, try to precede it with an adjective. For example, avoid writing

“The diction in ‘infested’…”

“The animalistic diction in ‘infested’…”

The reason is because ‘diction’ itself is meaningless unless we specify a particular type of word choice. In some cases, the diction is neutral and that is when you have no choice but to just write “diction”.

Modality is a measure of certainty, and it’s expressed through words like these.

High modality creates an authoritative and certain tone, which makes the person seem superior and decisive.

When do we normally analyse modality?

We often analyse modality in the dialogue between characters, but also in the inner thoughts (fancy term: internal monologue) of characters. Apart from demonstrating inferiority, a low modality is also used to show internal conflict, when the character can’t decide between different choices.

For example in Act 1 Scene 7 of Macbeth, well, Macbeth–yes, the dude’s name is the same as the play’s title–is standing around wondering if we will kill King Duncan to snatch the crown. Lo and behold, Shakespeare uses low modality to construct his internal conflict:

MACBETH
If it were done when ’tis done, then ’twere well
It were done quickly: if the assassination
Could trammel up the consequence, and catch
With his surcease success; that but this blow
Might be the be-all and the end-all here,

What’s the most important thing to remember about modality?

After explaining the modality, always mention the tone that is constructed by the high or low modality.

The voice of story or poem can be first person, second person or third person. The voice can also shift back-and-forth between the three voices throughout a single text.

First person voice sounds like diary writing. The narrator or speaker refers to himself/herself using first person pronouns “I”, “us”, and “we”. It’s important to notice when the writer uses “us” or “we”, because they are called inclusive language. Inclusive language has two distinct effects on the reader:

Second person voice is used when the narrator or speaker directly addresses you, the reader/audience, through the second person pronoun “you.” This technique is also called “direct address”.

Almost always, second person voice creates a confronting and accusatory tone, because it singles out the reader and points a finger at them, making them feel like they did something wrong. Common effects on the reader include feelings of guilt and discomfort. We see the use of direct address as an accusatory expression in the poem Departure later in the course.

Third person voice is… pretty standard…and boring. It’s the ‘normal’ voice that writers use for their omniscient, god-like narrator who can just casually jump into any character’s mind, because you know, that’s realistic ;). However, there is an exception, and this concepts belongs to all types of voices, not just third person voice. So that calls for a new section.

Tip on how to analyse

Voice gets really interesting when writer suddenly transitions between first and third person. It usually goes like this:

When a writer alludes to something, the writer makes a passing reference to a historical event, a work of literature, a religion, or a cultural tradition. Basically, an allusion is a bit of information that:

Why do writers use allusion?

Writers use allusion because it adds deeper layers of meaning that wouldn’t otherwise be easily achieved.

Let’s look at an example. One day, two friends James and Sarah go ice skating, but in a horrific turn of events, they fall on the ice and James accidentally scars Sarah’s face with his sharp, metal skates. Ouch.

To express James’ fear and guilt, we could write:

“I was afraid to look upon her face for fear of the horrific scar coming to life and lashing out at me with its dark vengeance.”

That’s pretty good, but we can do better. We can allude to Greek mythology to make James’ dread even more extreme:

“I was afraid to look upon her face for fear of staring into the eyes of Medusa herself and turning into a stony slab of guilt.”

Medusa is a monster in Greek mythology. She has a hideous face and turns anyone who looks at her into stone. She is very scary. The first example uses imagery, personification and diction to create fear. The second example only uses allusion to create a similar, or an even stronger, effect. Whether it’s more effective is a subjective decision, but in my opinion, the phrase “staring into the eyes of Medusa herself” is extremely powerful. We can feel the rage of Medusa, I mean Sarah, like a 400-degree oven.

The allusion plants richer connotations and meaning into the story because it’s taking all the notions and associations that we have about Medusa, which has grown over thousands of years since the birth of Greek civilisation, and then we’re just injecting all of that history and all of that culture into our description of James’ fear. Allusion is like…an add-on that you can just download to add awesome new features into your internet browser. Or it’s like baking a cake with a cake mix that’s already been made. You can just drop in the pre-made meaning to add depth to your text.

The point is: Allusion takes advantage of the reader’s pre-existing knowledge about other areas of life in order to add extra meaning to the current piece of writing.

So how do we analyse allusion?

In the ice skating example, we would analyse the use of allusion by saying that the allusion amplifies the fearful tone of the narrator. The allusion also highlights the apprehension and guilt of the narrator, to the point that he physically, and psychologically, becomes a stone that cannot move as a result of shock, shame and fear of his consequences. 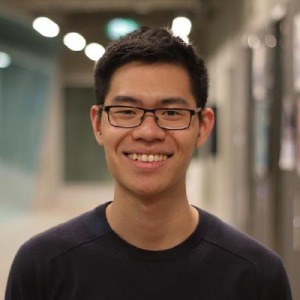 🤝 Nice to meet you! I'm an IB 45 grad and founder of LitLearn. We've helped 400,000+ IB English students conquer IB English since 2016. I also got into Harvard, Williams and Amherst after IB, and won full scholarships to University of Melbourne and Queensland. Enjoy!
WANNA LEVEL UP FASTER? 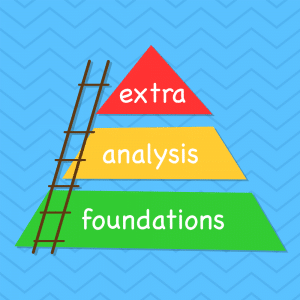 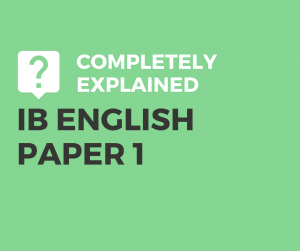 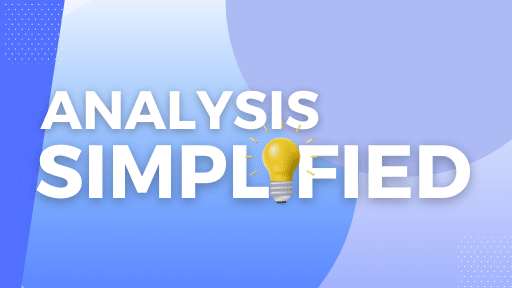 LEVEL UP IN IB ENGLISH

Our flagship course that takes you from struggling in IB English to excelling in it. Focused on Paper 1 but teaches analysis skills for all assessment. Explains how anyone can write 7-level analytical essays like no other resource… 🤯

Start today! This 👇 could be you…

Thanks so much for the course, it has really been helping a lot. I haven't even nearly finished and I went from an 8/20 to 16/20 [in Paper 1] and 2nd in the class!
Laszlo VNov 2022 exams
After following [LitLearn's] method of analysis for one year, my skills have improved and I am surprised that my grade went from 5 to 7 in my recent prose commentary. Thank you for sharing your tips!
Joyce Tang2019 exams
I went from a 16/20 in the Paper 1s to straight 20s on the last few essays I handed in. My teacher couldn't get over the huge difference between my essays and the others in my group - all thanks to you! This really has been the best course I've paid for; it was like having a personal tutor.
Ritu GadaMay 2018 exams
The course is really comprehensive and easy to digest. [...] The course is a wonderful tool if you wish to give your Paper 1 score a boost (mine [increased 6 marks] from 11 to 17!).”
Andrew Wong2017 exams
LitLearn helped me significantly improve my English paper 1 mark in such a small amount of time and I would very highly recommend it to anyone looking to do the same.
Linda Matey2016 Exams
I can’t tell you how much I value this course, and I haven’t found anything even remotely this helpful. I particularly love the way Jackson breaks down what seems to be such a daunting task in a structured, methodical way.
Kris Chari2017 Exams
Previously, when I read 'exemplars' of good analysis, I felt that that the student was just repeating the same ideas with different words, and I didn't really understand the point of it. However, after reading this, I understand why each additional layer of information is important.
Karishma K2017 Exams
I can only give you praise, my dude. Every thing is so clear, especially with all the examples. The course itself is organised very well and the actual content gets to the point, is relevant, and is written in an engaging way!!
Anonymous StudentOn Survey Monkey
Previous
Next